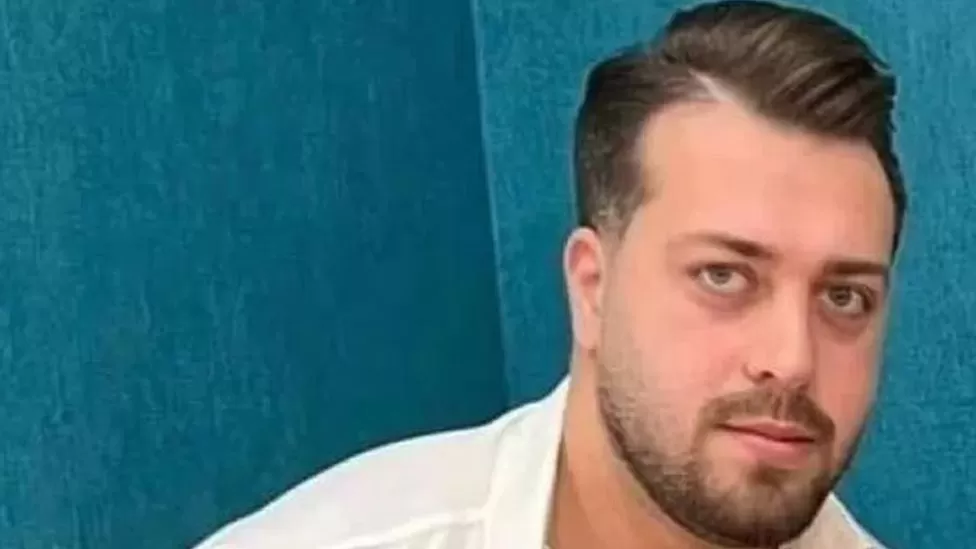 2022-11-30-BBC News- By David Gritten- A man is reported to have been killed by security forces in northern Iran, as anti-government protesters publicly celebrated the national football team’s elimination from the World Cup.

Activists said Mehran Samak was shot in the head after he honked his car’s horn in Bandar Anzali on Tuesday night.

Videos from other cities showed crowds cheering and dancing in the streets.

Many Iranians refused to support their football team in Qatar, seeing it as a representation of the Islamic Republic.

State-affiliated media blamed hostile forces both inside and outside Iran for putting unfair pressure on the players following their 1-0 loss to the USA in the final group game.

The players did not sing the national anthem before their first game, a 6-2 defeat by England, in an apparent expression of solidarity with the protesters.

But they did sing at the Wales game, which they won 2-0, and at the politically-charged showdown against the USA.

Some protesters saw that as a betrayal of their cause even though there were reports that the team came under intense pressure from Iranian authorities.

Pulisic winner sends USA through as Iran go out

‘Iran is my country but I can’t support them’

The unrest started 10 weeks ago following the death in custody of Mahsa Amini, a 22-year-old woman arrested by morality police in Tehran for allegedly violating the strict rules requiring women to cover their hair with a hijab.

Authorities have responded to what they have portrayed as foreign-backed “riots” with a violent crackdown in which the Norway-based group Iran Human Rights says at least 448 people have been killed, including 60 children. More than 18,000 others are reported to have been arrested.

Iran Human Rights reported that security personnel shot and killed Mehran Samak, 27, when he honked his car’s horn in the Caspian Sea city of Bandar Anzali on Tuesday night to celebrate the Iranian football team’s defeat.

BBC Persian obtained a video that showed Mr Samak’s burial on Wednesday morning. The mourners can be heard chanting “You are the filth, you are the immoral, I am a free woman” – a slogan frequently used during the protests.

However, the opposition activist collective 1500tasvir posted videos that it said showed security forces opening fire at people in the south-western city of Behbahan overnight and beating a woman in Qazvin, south of Bandar Anzali.

Other videos showed men and women celebrating the World Cup elimination in Tehran and a number of cities in the predominantly Kurdish north-west of the country. Dozens of protesters have reportedly been killed in recent weeks there as security forces intensified their crackdown.

In footage from Mahsa Amini’s home city of Saqqez, dozens of people could be seen cheering and waving scarves in a main square before fireworks are set off.

Crowds were also filmed dancing to music in Sanandaj, an epicentre of the unrest, while in Kermanshah and Marivan they were heard chanting “Woman, life, freedom” – one of the main slogans of the protests.

In Tehran, students at Imam Sadiq University gathered outside a hall of residence and chanted “Death to the dishonourable” – an adjective protesters have used against security forces and which was shouted by fans inside the stadium during Iran’s match against England.

There was also a confrontation between opponents and supporters of the government outside the Al Thumama Stadium in Qatar after Tuesday’s match.

Danish journalist Rasmus Tantholdt filmed several men carrying Iranian flags shoving a man wearing a T-shirt saying “Woman, life, freedom” in English. A woman with him is then heard complaining that she was attacked and asking for help to leave the stadium safely.

Another video obtained by BBC Persian showed a male protester being violently arrested by security guards outside the stadium while shouting “Woman, life, freedom”.

Asked about the treatment of Iranian spectators who staged protests in Qatar, football’s world governing body Fifa said it continued “to work closely with the host country to ensure the full implementation of related regulations and agreed protocols”.

State-affiliated media in Iran meanwhile praised the national football team despite their failure to qualify for the World Cup’s knockout stages.

The conservative Farhikhtegan newspaper said “we are proud of Iran”, while the Revolutionary Guards-linked daily Javan said the team had “won the real game: the game of uniting people’s hearts”.

Before the match, the hard-line Tasnim news agency rejected a report by CNN, which cited an unnamed security source as saying that the Revolutionary Guards had threatened the families of the Iranian players with “imprisonment and torture” if they did not “behave”.