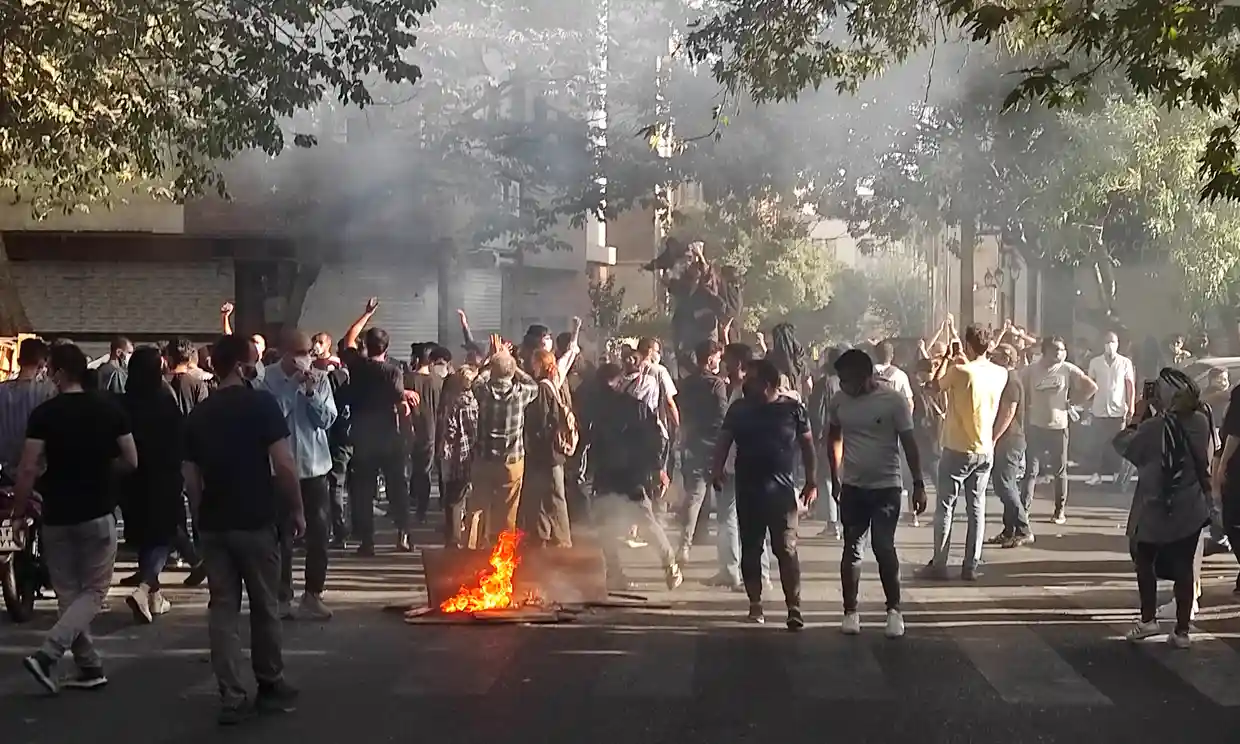 The anti-government protests, which began at 22-year-old Mahsa Amini’s funeral on 17 September in the Kurdish town of Saqez, have spiralled into the biggest show of opposition to Iran’s authorities in years, with many calling for the end of more than four decades of Islamic clerical rule.

One of the videos showed security forces firing teargas to drive the students off the campus and the sound of what appeared to be shooting at a distance could be heard.

Iranian state media described “reports of clashes” at the university and said the country’s science minister visited the campus to check on the situation.

Reuters could not independently verify the events at the university.

Students had been protesting at numerous universities on Sunday and demonstrations were held in several cities such as Tehran, Yazd, Kermanshah, Sanandaj, Shiraz and Mashhad, with participants chanting “independence, freedom, death to Khamenei,” earlier social media posts showed.

The protests have not abated despite a growing death toll and the crackdown by security forces using teargas, clubs, and in some cases, according to videos on social media and rights groups, live ammunition.

Iran Human Rights, a Norway-based group, in a statement said that “so far 133 people had been killed across Iran“, including more than 40 people it said died in clashes last week in Zahedan, capital of the south-eastern Sistan-Baluchistan province.

Iran’s utmost authority Supreme Leader Ayatollah Ali Khamenei has not commented on the nationwide protests, which have spread to Iran’s 31 provinces, with all layers of society, including ethnic and religious minorities, taking part.

Amini’s death and the crackdown have drawn international criticism of Iran’s rulers, who in turn accuse the United States and some European countries of exploiting the unrest to try to destabilise the Islamic Republic.

Iranian state media shared a video of pro-government students, who gathered at the Ferdowsi university in Mashhad, chanting “the Islamic Republic is our red line”.

Earlier on Sunday, Iranian lawmakers chanted “thank you, police” during a parliament session, in a show of support for a crackdown on widespread anti-government protests.

Amini was arrested on 13 September in Tehran for “unsuitable attire” by the morality police who enforce the Islamic Republic’s strict dress code. She died three days later in hospital after falling into a coma.

The lawyer for Amini’s family, Saleh Nikbakht, told the semi-official Etemadonline news website that “respectable doctors” believe she was hit in custody. Amini’s autopsy report and other medical details have not been released, but her father said he saw bruises on her leg and that other women detained with her said she was beaten.

Iran’s police authorities say Amini died of a heart attack and deny she was beaten to death in custody.

The country’s hardline president Ebrahim Raisi has ordered an investigation into Amini’s death. He said last week that a forensic report would be presented in “coming days”.

Amnesty International on Friday reported that hundreds were injured and thousands have been arrested in the protests.

State media said at least 20 people were killed in the Zahedan clashes, blaming a separatist group from the Baluchi minority for starting a shootout in the city.