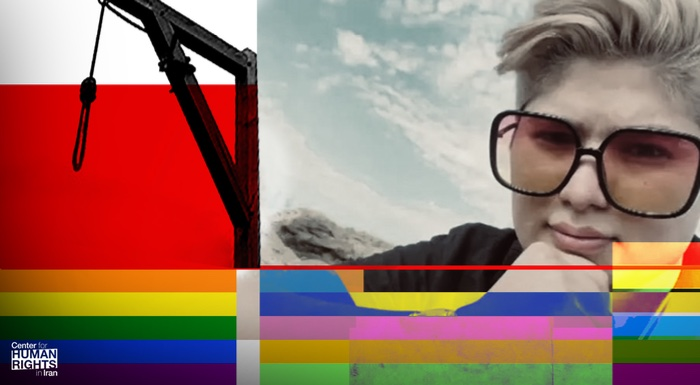 September 6, 2022 – The international community should loudly and publicly condemn the blatantly unlawful death sentences issued without due process against two LGBTQ activists in West Azerbaijan Province, the Center for Human Rights in Iran (CHRI) said in a statement today.

“These two young women were sentenced to death for being part of the LGBTQ community in Iran, which the government has been unsuccessfully trying to eliminate for decades,” said CHRI Executive Director Hadi Ghaemi.

“This death sentence is intended to terrify and dissuade other LGBTQ activists,” he added.

“A homophobic court system could hang these two young women for daring to be themselves in the Islamic Republic of Iran—if the world chooses to be silent,” said Ghaemi.

CHRI urges the UN High Commissioner for Human Rights, Human Rights Council, and special rapporteurs, as well as governments around the world, to publicly call for the annulment of the verdicts against Zahra Sedighi-Hamedani and Elham Choubdar, and their immediate release.

CHRI further calls on the authorities in Iran to cease persecuting individuals on the basis of their sexual preference or orientation and criminalizing the LGBTQ community in Iran.

Click Here for Our LGBTQ Rights in Iran Fact Sheet

Sentenced to Death for Being Non-Conforming, Denied Due Process

The Iranian judiciary confirmed on September 6, 2022, that Sedighi-Hamedani, known as “Sareh,” 31, and Choubdar, 24, were sentenced to death by the Revolutionary Court in the city of Orumiyeh on the charge of “Corruption on Earth.”

Another woman, Soheila Ashrafi, 52, was involved in the joint case, but her verdict has not been issued yet, according to news reports.

CHRI has confirmed from a well-informed source who requested anonymity that the sentences were issued after multiple violations of the women’s due process rights, including:

Both women were engaged in peaceful activism for LGBTQ rights in Iran prior to their prosecution.

Sedighi-Hamedani was arrested by agents of the Islamic Revolutionary Guard Corps’ (IRGC) intelligence organization in October 2021 on the Turkish border, where she was trying to seek asylum.

In July of this year, the IRGC-affiliated Tasnim News Agency published a report and a video of the arrest of Zahra Sedighi-Hamadani and other individuals, claiming without any presentation of evidence that they were arrested for activities related to “promoting homosexuality, gambling, fraud” as well as “destigmatizing illicit sexual relations and publishing them online.”

Dehghan continued, “The crime of ‘promoting homosexuality’ is not mentioned in Iranian laws… At most, the only law the authorities can base their accusations on is Article 639 of the Islamic Penal Code, which calls for a maximum punishment of 10 years for engaging in LGBTQ activities, not execution.”

Meanwhile, the charge of “corruption on earth” is used in the Islamic Republic’s judicial system as a vague catch-all charge to prosecute individuals for perceived political and cultural transgressions.

On September 6, 2022, the Iranian judiciary’s media agency, in publicizing the sentence, added that Sedighi was part of a “gang” that was “trafficking” women, however, the unsubstantiated claim was not listed in the case file used by the Revolutionary Court in Orumiyeh.

Same-sex relations are criminalized in the Islamic Republic of Iran, so LGBTQ individuals cannot go to the police or courts without risking prosecution themselves. Yet they are subjected to extreme rights violations and deadly violence perpetrated by both the state and society.

Iran is one of only six countries that impose the death penalty for same-sex relations. Abuses faced by the LGBTQ community in the Islamic Republic include:

“Unless the international community begins to communicate to the authorities in Iran that there will be meaningful political and diplomatic consequences for these outrageous violations of basic human rights, such abuses will only increase,” said Ghaemi.