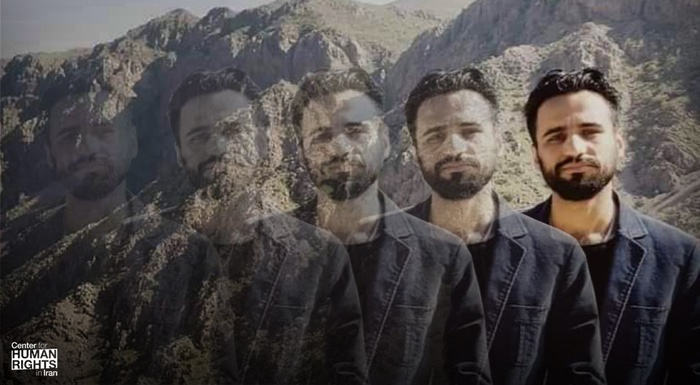 September 7, 2022 – A political prisoner’s precarious health situation is raising fears of another preventable death in Iranian state custody due to the authorities’ denial of proper medical treatment, said the Center for Human Rights in Iran (CHRI) in a statement today.

Since May 2022, family members of human rights activist Behnam Mousivand, 35, have been calling on judicial officials to allow him to receive medical treatment for “severe problems with his liver, kidneys, stomach, and prostate”—a call that has been repeatedly ignored.

“If the international community does not publicly condemn Iranian authorities’ killing of political prisoners, this will give them a green light to continue to pick them off, one by one, as just another means of silencing dissent,” he said.

Amnesty International has reported that at minimum, 92 men and four women in 30 prisons across Iran have died in state custody since January 2010 due to the deliberate denial of access to adequate healthcare.

CHRI calls on the international community, including the U.N. High Commissioner for Human Rights, the Human Rights Council, the special rapporteur for human rights, and all Member States to demand that the Iranian authorities allow Mousivand to be freed so he can access proper medical treatment.

The authorities in Iran should also provide immediate and full treatment for all prisoners, including political prisoners who have long been targeted for denial of medical care.

Mousivand, who was sentenced to five years in prison in September 2019 for engaging in peaceful human and civil rights activism on the charges of “assembly and collusion against national security” and “propaganda against the state,” has been on a hunger strike since August 31, 2022.

Denied access to proper medical treatment or medical furlough (temporary leave), as well as legal recourse for rights violations while in jail, political prisoners in Iran resort to starving themselves in a desperate attempt to raise awareness about their cases.

Mousivand was initially held in Evin Prison in Tehran, where authorities twice canceled his medical appointments because he refused to be unlawfully transported in hand and ankle cuffs, which are not legally required for political prisoners.

On August 31, 2022, the authorities at Evin Prison tricked Mousivand into leaving his cell by showing a fake judicial letter permitting his transfer to a medical center. Yet as soon as he left his cell, he was beaten, cuffed, forced into a van and taken to Rajaee-Shahr Prison, which is known for its inhumane and unlawful conditions. That’s where he started his hunger strike.

After visiting him, Mousivand’s mother, Shamsi Malmir, posted a video on social media expressing dire concern for his health and appealing to human rights organizations for help.

“They had to forcefully carry him [to the visitation hall]; he couldn’t even speak,” Malmir said.

Mousivand’s earlier hunger strike in April 2022 ended with him being hospitalized, raising fears that this time he could die or suffer permanent damage due to his weakened health status.

Iran’s State Prisons Organization and judiciary chief, which are responsible for the safety of all prisoners, are required by domestic and international to provide proper medical treatment to inmates.

Yet under Judiciary Chief Gholam-Hossein Ejei—who along with his predecessor, current President Ebrahim Raisi, is a major human rights violator— political prisoners, including elderly inmates, continue to be singled out for harsh treatment, which often includes denial of medical care.

The threat of withheld medical care is also used as an intimidation tool against prisoners who have challenged the authorities or filed complaints.This violates the Iranian Constitution, Article 29 of which has declared medical care and treatment as “universal rights,” while Articles 101 through 120 of the State Prisons Organization Regulations detail prisoners’ rights in regards to health and medical care.In particular, Article 116 of the prison regulations requires prison directors to recommend pardons for prisoners suffering from serious medical issues.

Article 502 of the Code of Criminal Procedure also states that a prisoner’s sentence can be suspended if incarceration could make their illness worse.