Government of Iran Has Long Targeted its Critics Abroad for Assassination

August 16, 2022 IranSOS Human Rights Comments Off on Government of Iran Has Long Targeted its Critics Abroad for Assassination 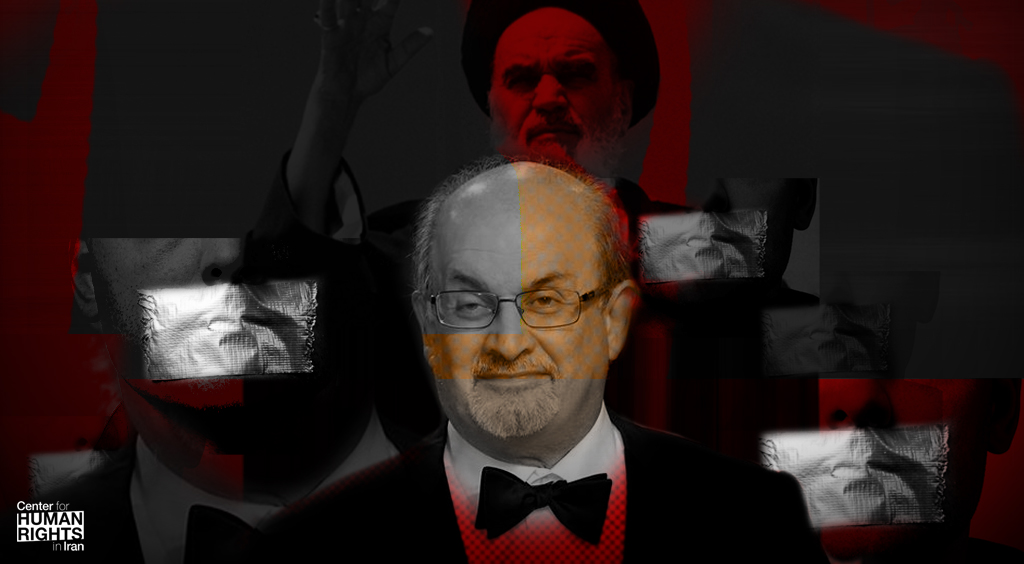 August 15, 2022 – The heinous attack in New York on the author Salman Rushdie, in which a knifeman inflicted life-threatening injuries, stems from the Islamic Republic’s longstanding policy of stifling freedom of expression both inside and outside its borders, as well as its refusal to rescind a deadly religious decree against Rushdie, said the Center for Human Rights in Iran (CHRI).

“Over and over again we’re witnessing the ramifications of the failure of governments to form a united international front against the Islamic Republic’s outrageously unlawful policies,” said CHRI Executive Director Hadi Ghaemi.

“To this day, the Iranian authorities have refused to take back a religious decree issued by the state that ordered Muslims to kill Rushdie,” Ghaemi added. “The brutal attack on Rushdie is a reminder to all of us that looking the other way when the Iranian government acts to crush dissent has direct consequences.”

While the Iranian government has officially denied responsibility for the attack, it has never rescinded a fatwa (religious decree) issued by then Supreme Leader Ruhollah Khomeini in 1989 calling on Muslims to kill Rushdie because he wrote a book that Khomeini said was offensive to Islam.

Khomeini’s successor, Ayatollah Ali Khamenei, had the power to remove the fatwa, but instead publicly declared it “valid.” A bounty of more than 3 million dollars has meanwhile been available to anyone who kills Rushdie by a semi-official religious organization that was established by Khomeini.

The attacker, identified as Hadi Matar, an American of Lebanese descent, was sympathetic to the causes of the Islamic Revolutionary Guard Corps (IRGC) and had expressed admiration for Khomeini, according to a review of his social media accounts by law enforcement authorities.

Coverage of the attack inside Iran meanwhile, was permeated by conservative papers praising it and the attacker.

“Rushdie is not the first victim of this policy of trying to muzzle—or kill—those who express dissent or views with which the Iranian government disapproves,” said Ghaemi.

Iran’s government, which operates under an unelected supreme leader who has unchecked power, routinely imprisons individuals for peacefully expressing any views it considers critical of state policies or its interpretation of Islam, or simply for advocating basic human rights. It has also extended its policy of violent repression across its borders, for example, harassing and attempting to kidnap Iranian dissidents and journalists working for British and American media outlets, as well as imprisoning their family members inside Iran.

The dissident journalist Ruhollah Zam, was abducted by Iranian state agents during a trip to Iraq from his home in France and forcibly returned to Iran where he was later tortured and executed in December 2020 after an unfair trial.

Since the 1980s, Iranian dissidents have been assassinated abroad in circumstances indicating that they were extrajudicially executed by Iranian state agents. Victims of such extrajudicial executions include former Iranian Prime Minister Shapur Bakhtiar in France in 1991, dissident singer Fereydoun Farrokhzad, three leaders of the Kurdistan Democratic Party of Iran, and an interpreter in Germany in 1992.

“Governments around the world, especially those engaged in negotiations with the Islamic Republic, should communicate clearly and directly to their Iranian counterparts, both publicly and privately, that there will be meaningful political and diplomatic consequences for these heinous and unlawful actions,” Ghaemi said.