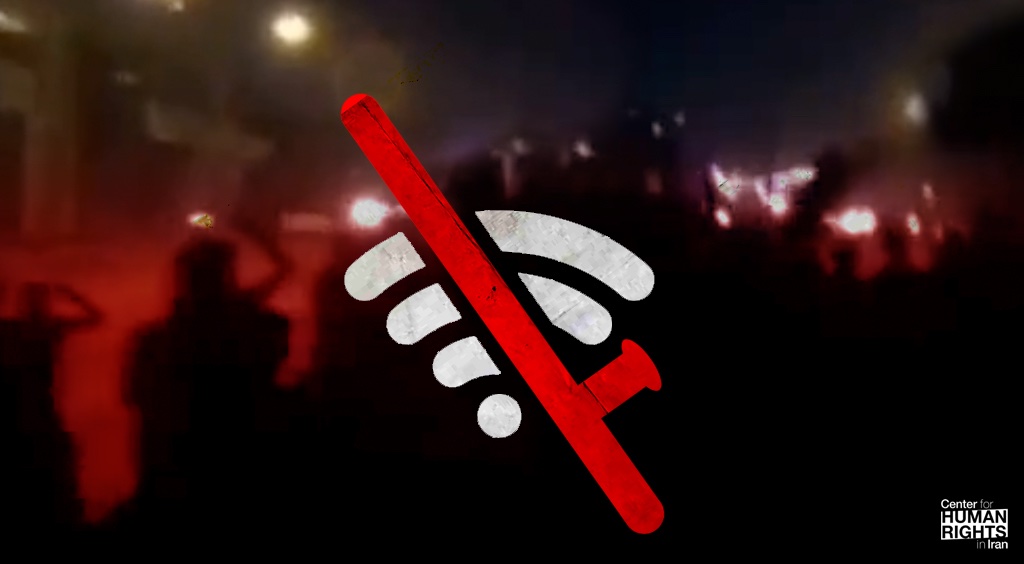 May 9, 2022 – Government-enforced internet outages and the increased presence of state security forces throughout the Iranian province of Khuzestan, where street protests erupted on May 6, have raised fears over another deadly crackdown in the Islamic Republic.“Iranian state forces used live ammunition and killed peaceful protesters in Khuzestan a year ago, and they appear to be gearing up for a bloody repeat,” said Hadi Ghaemi, executive director of the Center for Human Rights in Iran (CHRI).

“State-enforced internet outages are a warning sign that the Iranian authorities are preparing to use deadly force, and want to hide this violence from the world,” Ghaemi added.

CHRI calls on officials who are in talks with the Iranian government, the UN, and human rights organizations to urgently call on the Islamic Republic to stop unleashing its military on the people of Iran, in violation of their right to peaceful protest.

Bread prices have risen sharply amid Iran’s above 40-percent inflation rate, while consumers are seeing cooking essentials including oil and sugar disappear from shelves.

Residents of the oil-rich province of Khuzestan have also been dealing with severe dust storms and water shortages.

CHRI was informed by multiple sources in Khuzestan that internet disruptions began throughout the province midday on May 6 and have continued, along with a large state security force that moved into the province on May 9.

“The problem persists in several cities [in Khuzestan Province] such as Ahvaz, Izeh, and Susangerd, including no internet access on mobile phones,” said a source in the city of Izeh who requested anonymity for security reasons.

“The security forces initially prevented any gatherings, but the people grew in number and the forces fired shots into the air several times,” added the source. “All the slogans were about inflation, especially the increase in the price of bread.”

A source in Ahvaz confirmed the increased state security presence.

“The protests began in Susangerd before spreading to Izeh and several neighborhoods in Ahvaz,” said the source who requested anonymity. “Large numbers of security forces have been stationed around government offices, including the governor general’s headquarters in Ahvaz. The protests were… specifically connected to rising prices.”

Iran’s Constitution allows peaceful protests and marches to be held, yet Iranian security forces have a documented history of violently suppressing protests with indiscriminate and live fire and by conducting mass arbitrary arrests.

Human rights organizations have documented the killing of hundreds of protesters in Iran since major anti-state protests erupted throughout the country in November 2019.

“People in Iran are calling out for access to bread and jobs while the state is responding with an iron fist,” said Ghaemi. “These are basic rights that should be protected by the Iranian government, not violently crushed.”