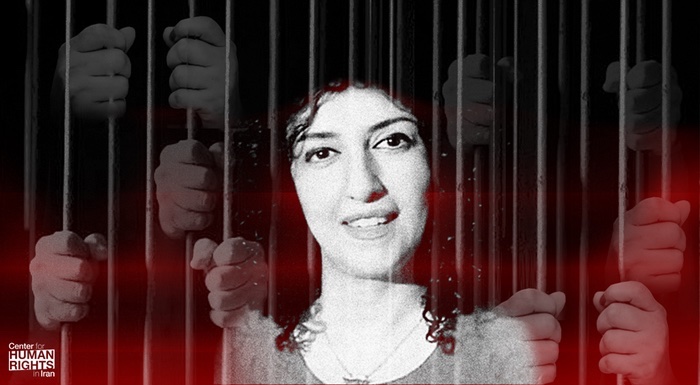 January 24, 2022 – In an ongoing campaign to silence human rights defenders and crush dissent in the Islamic Republic, the prominent rights defender Narges Mohammadi, already serving time at Iran’s notorious Gharchak Prison for her peaceful activism, has been sentenced to another eight years in prison and more than 70 lashes, according to a tweet by her Paris-based husband.

Mohammadi’s new conviction was after a 5-minute trial, her husband Taghi Rahmani wrote. He stated she also had a two–year ban on “communication,” but that she has not contacted the family and he did not know the details of the trial or the new sentence.

The prominent activist’s latest conviction comes as the authorities intensify their efforts to squash growing dissent in Iran by imprisoning activists and human rights attorneys after grossly unfair trials, shooting to kill protesters in the street, imposing death sentences on dissidents and protesters, and causing the death of political prisoners by egregiously neglecting their medical needs.

“One by one, the Iranian authorities are trying to silence the voices of dissent in Iran, through imprisonment, torture, and even death,” said Hadi Ghaemi, executive director of the Center for Human Rights in Iran (CHRI).

“The Iranian government fears these brave individuals because they speak truth to power and their voices carry great authority in Iranian society,” Ghaemi continued.

“Yet no matter the violence and injustice that the authorities in Iran are willing to inflict on human rights defenders, they are not able to silence them; these are the voices that are speaking out for the people of Iran, and their voices are heard,” said Ghaemi.

The Center for Human Rights in Iran calls on governments of the world, especially those with whom the Islamic Republic is presently negotiating, as well as all relevant UN bodies, to forcefully condemn these unlawful imprisonments and call for their immediate end.

Outrage at the government’s actions—not only the unjust imprisonments but also the treatment of political prisoners—is growing both inside and outside Iran’s prisons.

Seven political prisoners in Evin Prison’s Ward 8 went on a hunger strike on January 16, 2022, to protest the death of Baktash Abtin, who died after contracting COVID-19 in Iran’s overcrowded and unhygienic prisons, where even the most rudimentary precautions against the spread of the virus are not followed. They include: Sadegh Omidi, Peyman Pourdad, Moin Hajizadeh, Mehdi Dareyni, Hamid Haj Jafar Kashani, Aliasghar Hassani-Rad, and Mahmoud Alinaghi. The latter three were transferred to an unknown prison on January 23.

Meanwhile, British-Iranian dual national Anoosheh Ashoori, who is being held in Iran on unsubstantiated spying charges, began a hunger strike in Evin Prison on January 23, to bring “global attention to the plight” of those unfairly held by Iran.

These names are only part of a larger, rapidly growing group. A list from January 24 was published on Twitter that included names of more than 40 activists hunger-striking outside prison to demonstrate solidarity with the hunger strikers and protest the government’s actions.

Iran’s Foreign Ministry Spokesman Saeed Khatibzadeh, responding to a question on hunger strikers in Vienna at a January 24 press conference in Tehran, said: “These matters are not very important. What’s important is to reach a reliable and stable agreement that satisfies Iran’s interests.”

Like other prominent activists, Mohammadi has been jailed repeatedly in Iran; she has in fact spent the better part of the last 13 years (from 2009 to 2013 and from 2015 to 2020) behind bars for her peaceful rights advocacy.

The authorities have used similar tactics against other human rights defenders, for example, with the defense attorney Nasrin Sotoudeh, the activist Atena Daemi and Golrokh Iraee Ebrahimi, and the teachers’ rights advocate Esmail Abdi, just to name a few, issuing new convictions continuously to keep them behind bars.

Mohammadi has proved to be a particular thorn in the authorities’ side, refusing to be silent either in prison or during her brief periods of release between convictions. She had already been serving a 30-month sentence at Gharchak Prison after she organized a sit-in at Evin Prison’s Women’s Ward to condemn the killing of hundreds of protesters by state security forces during the November 2019 protests, and the unjust execution of wrestler Navid Afkari.

“Narges Mohammadi is only one of many individuals behind bars in Iran because of their peaceful dissent and the willingness of a judiciary to do the bidding of a brutal and unlawful security state,” Ghaemi added.