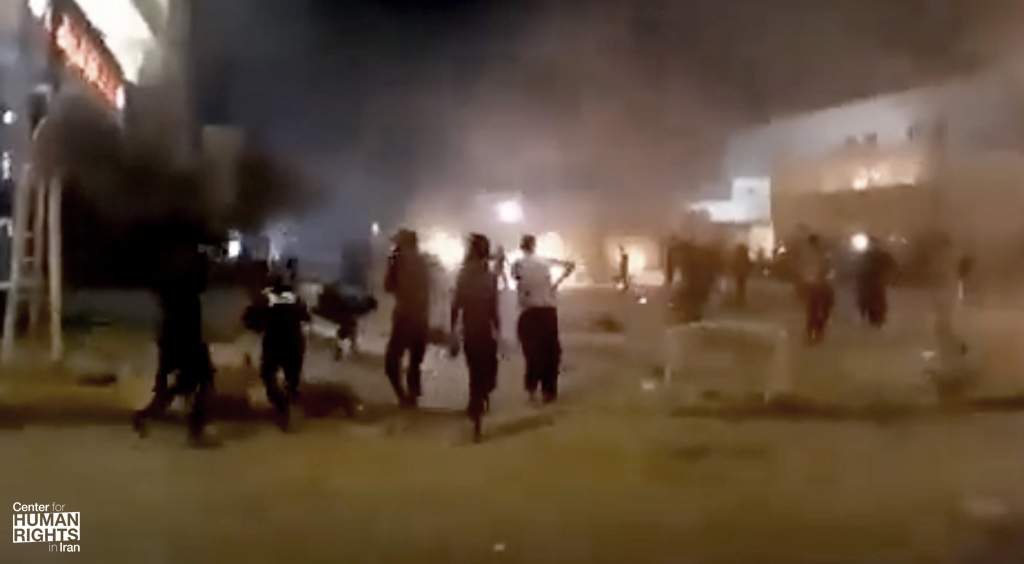 July 23, 2021—With security forces in Iran attacking and killing protesters in Khuzestan Province, the Iranian authorities are once again demonstrating complete disregard for the law, life, and all international standards of policing, the Center for Human Rights in Iran (CHRI) said in a statement today.CHRI condemns in the strongest terms the security forces’ use of deadly and excessive force to crush dissent, and the state-enforced internet disruptions to hide the violence.

“The Iranian authorities have learned they can mow down peaceful protesters, which they did by the hundreds in November 2019, with impunity,” said CHRI executive director Hadi Ghaemi.

“The international community must speak forcefully and with one voice that the state’s violent crushing of dissent in Iran is unacceptable,” he added.

“The authorities seem to think if they kill enough people, they can stem the growing public discontent in Iran,” said Ghaemi, “but mowing down protesters is murder and that will not crush the Iranian citizenry’s growing outrage over the authorities’ brutal repression and mismanagement of the country.”

The report noted that since the protests over water shortages began in Khuzestan on July 15, security forces have “killed at least eight protesters and bystanders, including a teenage boy, in seven different cities” and that “scores of people, including children, have been injured, including by birdshot, and several are hospitalized in critical condition due to gunshot wounds.” The report also stated that “Security and intelligence forces have swept up dozens of protesters and activists, including many from the Ahwazi Arab minority, in mass arrests” and that “many injured protesters are not seeking hospital treatment due to fear of arrests.”

CHRI calls on the authorities in Iran to immediately:

Stop the unlawful use of live ammunition against protestors

Release any individuals detained for exercising their right to peaceful protest

The report noted, “In one video, where single shots are audible, security forces wearing anti-riot gear are seen advancing, some of them on motorcycles, towards a gathering of unarmed protesters,” and that “in all but two video clips reviewed by Amnesty International, protesters are unarmed and clearly pose no threat to life that would meet the threshold for the use of lethal force under international law. Extensive video evidence indicates the demonstrations were mostly peaceful.”

The UN High Commissioner for Human Rights Michelle Bachelet on July 23 called on the Iranian authorities to take urgent action to address the chronic water shortages, rather than using excessive force and widespread arrests to crush the protests about the situation.

CHRI strongly supports Amnesty International’s call for the UN Human Rights Council to “urgently establish a mechanism to collect and analyze evidence of the most serious crimes under international law to facilitate fair and independent criminal proceedings.”

“Iranian authorities should be responding to protesters in Khuzestan by providing access to clean water and safe spaces for people to air their grievances—not by gunfire and arbitrary arrests,” said Ghaemi.