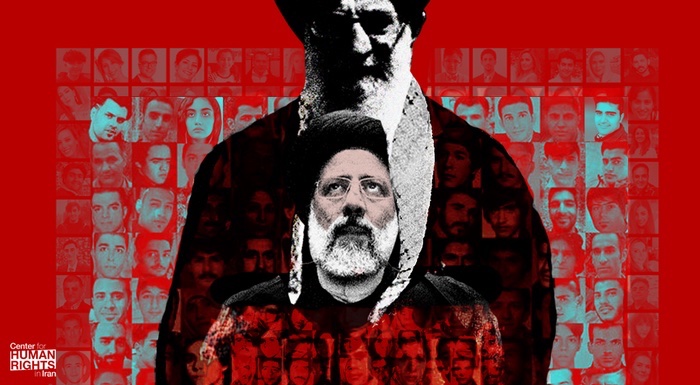 June 19, 2021—As Ebrahim Raisi ascends to the presidency in Iran, after a sham election in which almost all other candidates were disqualified, the international community should closely monitor the human rights situation in the country given the seating of a man who is guilty of crimes against humanity.“This was not an election, it was a selection,” said Hadi Ghaemi, executive director of the Center for Human Rights in Iran (CHRI), referring to the fact that almost all relatively moderate candidates were disqualified by Iran’s unelected state Guardian Council.

“Raisi’s new title does not absolve him of his long record of gross human rights violations,” Ghaemi added.

CHRI echoes UN human rights experts’ call for accountability regarding the 1988 mass extrajudicial executions in Iran in which Raisi played a direct and leading role, and urges the UN to establish an international investigation into those politically motivated killings.

CHRI also urges the international community to recall that since Raisi was appointed as judiciary chief by Supreme Leader Ali Khamenei in March 2019, violent repression and human rights abuses have not only continued unabated, they have intensified.

These abuses include the mass shootings of civilians by state security forces during the November 2019 protests, for which there has still been no accountability; ongoing executions of juvenile offenders; persecution and imprisonment of civil and human rights activists, human rights lawyers, and religious and ethnic minorities; inhumane treatment of political prisoners; and the detainment of dual and foreign nationals to use as political bargaining chips with other countries.

“Raisi does not speak for or represent the Iranian people,” said Ghaemi. “He represents a repressive state that chooses to muzzle and maim those who criticize it.”

Moreover, since May 16, the deadline for candidate registration, Reporters Without Borders logged 42 cases of independent journalists in Iran receiving summons from the prosecutor’s office or threats from Intelligence Ministry officials after publishing critical coverage of the elections and the disqualifications.

In encounters with Ebrahim Raisi as president, in both bilateral and multilateral forums, governments and international authorities should consistently and forcefully raise his numerous violations of human rights throughout his many judicial positions and hold him accountable for further violations.

While Raisi has played key roles in the politically motivated executions and unjust imprisonments of countless Iranians over the last three decades, one of his crimes stands out and has been acknowledged as rising to the level of crimes against humanity: In 1988, Raisi was appointed to a four-man “death committee” by then-Supreme Leader Ruhollah Khomeini, which paved the way for at least 4,500-5,000 prisoners to be executed and buried in unmarked mass graves, based on the committee’s determination of their “loyalty” to the newly established Islamic Republic. These prisoners had already been tried and were serving their issued prison sentences.

“As president, Raisi has a duty to enforce the Constitution and defend the rights of citizens, and yet as Judiciary Chief, he has been responsible for countless, severe violations of citizens’ rights by the judicial branch,” said Ghaemi.

“Now more than ever we need to keep the spotlight on Iran and its new president, so that further rights violations do not go unnoticed in the darkness,” he added.