February 23, 2021 IranSOS Human Rights Comments Off on Death of Behnam Mahjoubi Will Be Followed by Others without Urgent Action 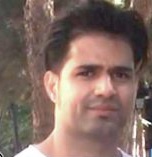 February 22, 2021—The death of prisoner of conscience Behnam Mahjoubi, who died on February 21, 2021, after untreated medical conditions that included serious neurological issues, reflects the continued crisis in Iran’s prisons, where prisoners, especially prisoners of conscience and political prisoners, are denied proper medical treatment.“Many prisoners in Iran are in desperate need of medical treatment and more will die without immediate care,” said Hadi Ghaemi, executive director of the Center for Human Rights in Iran (CHRI).

“Governments worldwide should condemn Iran’s practice of denying medical care to prisoners as the torture and effective extrajudicial murder of prisoners that it represents,” Ghaemi added.

CHRI strongly urges Iranian lawmakers and the Rouhani administration to hold judicial and prison authorities accountable for denying prisoners healthcare. It also calls on the international community to forcefully speak with one voice in condemnation of Iran’s unlawful and inhuman practice of systematically denying medical care to prisoners.

Mahjoubi, a member of Iran’s persecuted Sufi Gonabadi Order, had been serving a two-year sentence on trumped up national security charges since June 2020, even though Iran’s State Medical Examiner had concluded he could not withstand incarceration. He was transferred from Evin Prison to Tehran’s Loghman Hospital on February 13, 2021, after suffering seizures, and died eight days later.

The head of the Medical Examiner’s Office in Tehran, Mehdi Forouzesh, said in a statement that the results of an autopsy carried out on Mahjoubi’s body will “subsequently be submitted to judicial authorities.”

The UN has called for “a full and transparent investigation” into Mahjoubi’s death, stating “His death is another reminder of how adequate medical treatment is repeatedly denied to detainees.”

Many other prisoners have either become critically ill or suffer from longstanding and serious medical conditions that have been left untreated in Iran’s prisons.

In a letter from Rajaee-Shahr Prison in Karaj to UN High Commissioner for Human Rights Michelle Bachelet, dated February 3, 2021, political prisoner Arash Sadeghi noted a number of fellow political prisoners who have been denied medical treatment, including:

In addition to the above individuals, CHRI is aware of the following cases:

Political prisoners in Iran are singled out for harsh treatment, which often includes denial of medical care. The UN has expressed serious concerns over Iran’s continued denial of appropriate healthcare to detainees, which violates the UN’s Standard Minimum Rules for the Treatment of Prisoners.

Iran’s State Prison Regulations (Article 118) state, “Examination, and when necessary treatment, of sick convicts is the responsibility of the prison or training facility.”

The denial of proper medical treatment is not the only urgent health problem faced by Iran’s prisoners. In addition, all prisoners, and especially inmates of prisons in Iran’s more remote regions are: