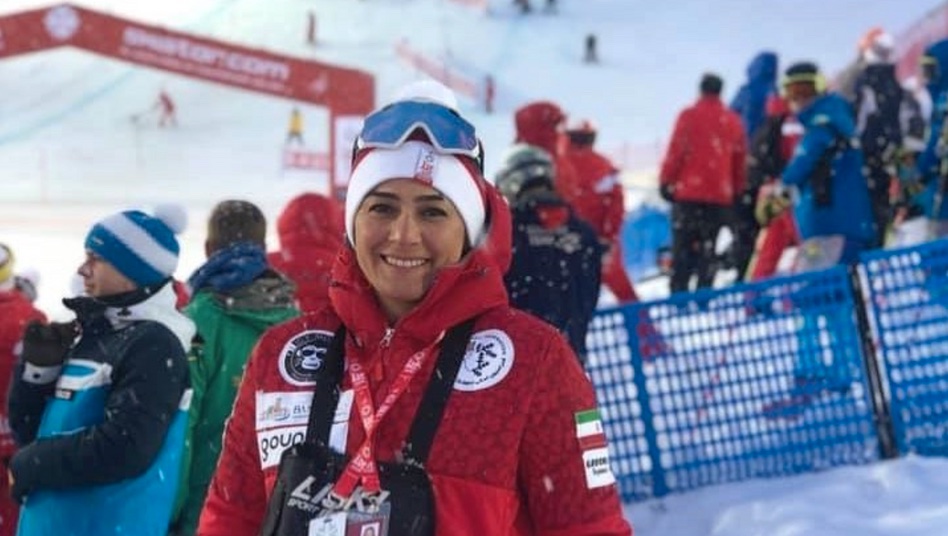 By ANDREW DAMPF AP Sports Writer- 18 February 2021, CORTINA D’AMPEZZO, Italy — When the husband of Iran’s Alpine ski team coach took advantage of a local law and barred his wife from leaving the country, Samira Zargari picked up her phone and continued coaching remotely.Zargari called her four racers three times Thursday while they competed in the women’s giant slalom at the world championships in Italy — before the race, between runs and after the event was finished.

“Always I (am) proud of all Iranian girls,” Zargari said in a text message exchange with The Associated Press. “I love them.”

The 37-year-old Zargari said that her husband is now in a relationship with her best friend and that he requested she consent to a divorce.

“I didn’t and he blocked me,” Zargari said, adding that her husband is “always laughing (at) my job and my team.”

The couple was together for five years, said Zargari, who was writing from the Shemshak ski resort. She said her husband was born in the United States and is a citizen of both the U.S. and Iran.

Under Iranian law, husbands can stop their wives from traveling outside of the country.

Zargari said she wanted to launch a “campaign” to change the law.

“I’m so sad and I can’t believe it,” Zargari said, adding that she was seeking help from the International Ski Federation, which is known as FIS.

The FIS said in a statement to the AP that it “sympathizes with any team member who is not able to travel to our world championships. However, FIS is also not in a position to dispute the laws of any given nation.”

Forough Abbasi, one of the skiers on Zargari’s team, spoke out about her coach’s plight.

“It’s not the first time,” Abbasi said. “We had the same problem before this. But I wish we can change it — all the women in Iran, all together, I wish we could change it. We are trying. I’m sure the strong women can for sure change these rules and she will be stronger than before. We are proud of her, really.”

Abbasi finished nearly 25 seconds behind American favorite Mikaela Shiffrin, the first-run leader, but was pleased just to have completed her run.

Abbasi said her coach is a “really a strong woman” and that she’s “sure she can be more stronger from that.”

Zargari is not the first married athlete whose husband prevented her from leaving Iran. In 2015, soccer player Niloufar Ardalan missed the Asian Cup tournament in futsal — an indoor version of soccer — after her husband confiscated her passport in a domestic dispute.

Women’s sports largely disappeared from Iran after the country’s 1979 Islamic Revolution. Over time, however, they gained in popularity, especially soccer. Social customs still come into the game, though, as the country’s soccer team plays its matches with players’ hair covered by traditional headscarves, or hijabs.

Abbasi — one of eight Iranians (four women and four men) competing in Cortina — said she is free to drive, travel, train and race in Iran.

“Everything is free to us,” she said. “There is some rules like this but it’s not for everyone. In Iran maybe in a 1,000 women, one of them has a problem. … Even my coach. She’s really a free woman. She was all over the world. She’s traveling all the time. This time this happened. … But for sure it will be changed.”

Still, Abbasi said the government prevents her from taking on certain jobs and that she has to work as a ski instructor to support her skiing career.

“I really want to stay in Iran and change the rules — change something that is stopping athletes, not just women,” she said. “The boys can’t buy equipment. It’s the same for everyone.”

Zargari added that while the law enabling a husband to block his wife’s passport is a “problem,” she still loves her country.

Sarah Schleper, the former U.S. Ski Team racer who now represents Mexico, has gotten to know Zargari over the years.

“She’s easy going, just cares a lot about her kids, her athletes,” Schleper said. “She’s just like a normal girl, just looking to ski fast and do the best for her team.”

“Maybe these things have to happen so it really does change,” Schleper added, pointing out how the coronavirus pandemic has affected the entire world. “We are all kind of in it together. We are all here on earth. We’ve got to do it together.”