The U.S. government has a long history of pursuing multiple policy goals with adversaries and demanding respect for human rights will not derail nuclear negotiations. 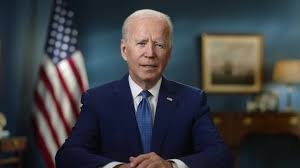 FP- BY HADI GHAEMI | FEBRUARY 10, 2021, Less than a month into President Joe Biden’s first term, Iran is already in the headlines, most recently with the news that another dual national, identified as Iranian-American businessman Emad Sharghi, was sentenced to 10 years in prison under dubious spying charges.

One of the most pressing foreign-policy priorities for the Biden administration will be to formulate its approach towards Iran.

The Biden team has publicly indicated their goal of reentering the 2015 nuclear deal, and then engaging on other issues including Iran’s involvement in regional conflicts, its ever-expanding ballistic missiles program, and its support for terrorism in the region.

A glaring omission by the incoming administration so far—as well as by the expert community of Iran analysts—is any coherent policy formulation significantly addressing Iran’s reprehensible oppression of its own people. Arguably, the most notable difference today on the ground, in contrast to when the nuclear deal was signed in 2015, is the severe deterioration in Iran’s dismal human-rights record.

The lack of attention to human rights is all the more indefensible given that Iranian authorities are subjecting the people of Iran to widespread arbitrary arrest and imprisonment for expressing peaceful dissent; they are also regularly snatching foreign and dual nationals off the streets of Iran—including citizens of the United States and other Western countries—and holding them behind bars as hostages to be used as bargaining chips with other countries.

For example, U.S. dual nationals currently imprisoned in Iran include Iranian-American businessman Siamak Namazi (and his father, Baqer Namazi, is still being held under house arrest in Iran), and conservationist Morad Tahbaz.

These individuals have been denied both consular access and due process in their prosecutions by the Iranian judiciary, and have been languishing either behind bars or under house arrest in Iran for years.

The nuclear crisis and geopolitical conflicts will find a long-term solution only when the international community, and in particular the U.S. government, recognize the urgency of the Iranian people’s basic civil liberties and their voice in determining their government’s domestic and foreign policies. Thus, the new U.S. policy towards Iran must finally integrate human-rights concerns on their own merit and give them priority on par with other critical security issues.

The argument that inclusion of human rights would undermine progress on the nuclear talks is fundamentally flawed. Multiple policy streams have long been conducted with adversaries, with progress on each stream pursued independently but equally robustly. This certainty was the case during U.S. negotiations with the former Soviet Union, and was reflected in the landmark Helsinki Accords. Moreover, the state of civil and political liberties in a country is intricately related to its foreign policies; strengthening the former will facilitate the latter, producing more constructive foreign policies.

It will not be an easy task, but it must start now if there is any hope of bringing peace and stability to the Middle East. A new policy toward Iran with human rights as one its major pillars should adhere to four broad guiding principles.

First, it should not be sporadic or reactive to events as has been the case under previous administrations. This policy should be a consistent and continuous approach. A coherent policy on human rights should be formulated and put in place from day one of the administration. This requires a long-term vision that puts Iran’s human-rights record and practices under the spotlight on a permanent basis and gives it its own parallel track.

Second, the Biden administration should ensure that these concerns are not instrumentalized as a bargaining chip, a pressure tool, or a tactical device for short-term gains.

Third, in tandem with its own efforts, the United States should work with allies to form an international coalition that keeps Iran’s human-rights record as a major priority of their foreign policy towards the Islamic Republic, including not just the EU, but also countries such as Japan, South Korea, Australia, Canada and Switzerland. This would allow for concerted and coordinated actions in multilateral forums such as the Human Rights Council. The Iranian government is most afraid of a truly global response to its human rights record.

Finally, the Biden administration should formulate a consistent regional approach to human rights in the Middle East that does not overlook its allies’ practices. For example, the human-rights records of U.S. allies such as Egypt and Saudi Arabia have been horrendous, but the U.S. government has remained largely silent on the behavior of these allies. Its concern for human rights in Iran can only be legitimate and credible if it demonstrates a sincere effort to uphold these values throughout the region.

The U.S. government should also examine the humanitarian and human-rights implications of its own policies toward Iran. For example, while humanitarian items such as medicines and medical supplies are ostensibly exempt from U.S. sanctions, there has been great difficulty in selling such items to Iran due to company nervousness over sanctions compliance and financial sanctions that make banks unwilling to process transactions with Iran. A clearer policy that fully and more explicitly exempts humanitarian goods, and the establishment of broader and more robust channels to handle the relevant financial transactions, would be a tangible way for Washington to demonstrate its own commitment to human rights.

In the past few years, the Iranian political system has resorted to brute force to suppress ever-growing domestic discontent and dissent. The government put down widespread peaceful protests by unleashing its security forces and massacring hundreds in November 2019. Political executions of dissidents and protesters are increasing alarmingly and becoming the norm. Critics and activists from all walks of life are being imprisoned on manufactured national security charges and handed lengthy, draconian sentences. Censorship and lack of freedom of expression are at an all-time high.

In 2015, the Iranian people were hopeful that the signing of the nuclear deal would lead to improvements and openings in many aspects of their life. Today, they find themselves with no voice whatsoever in their government’s policies and are chafing under an ever-tightening noose of a repressive and corrupt political system that shows no interest in their survival or recognition of their human dignity. It is incumbent upon the Biden administration to recognize this grave deterioration and to acknowledge it by making human-rights concerns a major pillar of its approach towards the Iranian government.

Nuclear proliferation and other geopolitical issues will be resolved only when the international community finally recognizes the linkage between global security issues and the fate and aspirations of the Iranian people.

Hadi Ghaemi is the founder and executive director of the New York-based, independent, nonprofit and nonpartisan Center for Human Rights in Iran. A former physicist, he has served on U.N.-commissioned fact-finding missions, provided expert testimony on Iran to governments around the world, and has been exposing and documenting rights violations in Iran since 2004. He can be found on Twitter @HadiGhaemi.