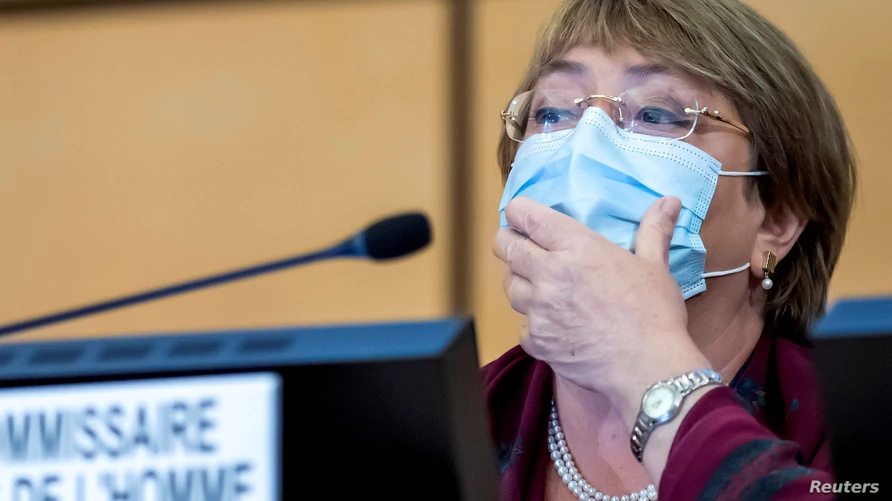 January 01, 2021 – By Lisa Schlein – VOA- GENEVA – U.N. High Commissioner for Human Rights Michelle Bachelet has strongly condemned the Iranian execution Thursday of Mohammad Hassan Rezaiee, the country’s fourth confirmed execution of a child offender in 2020. Rezaiee was 16 when he was arrested in 2007 for alleged involvement in the fatal stabbing of a man during a group fight.  The high commissioner’s spokeswoman, Ravina Shamdasani, tells VOA Rezaiee was detained while in the hospital for injuries from the fight and reportedly was coerced into confessing.

“There are credible allegations that he was in fact beaten up.  He was beaten with batons, with fists.  He was kicked,” Shamdasani said. “He was forced into confessing the crime and he was also denied access to medical care for his injuries.  He was then held in solitary confinement, without access to his family, without access to a lawyer and, you know, repeatedly taken for interrogations.”

Shamdasani says Rezaiee spent 13 years on death row.  She says his family was told Wednesday he would be executed early Thursday morning.

Human rights chief Bachelet is urging Iranian authorities to halt all executions of child offenders and to review their cases in line with international human rights law.