December 14, 2020 IranSOS Human Rights Comments Off on Europe Says “No Business as Usual” with Iran After Hanging of Dissident Journalist 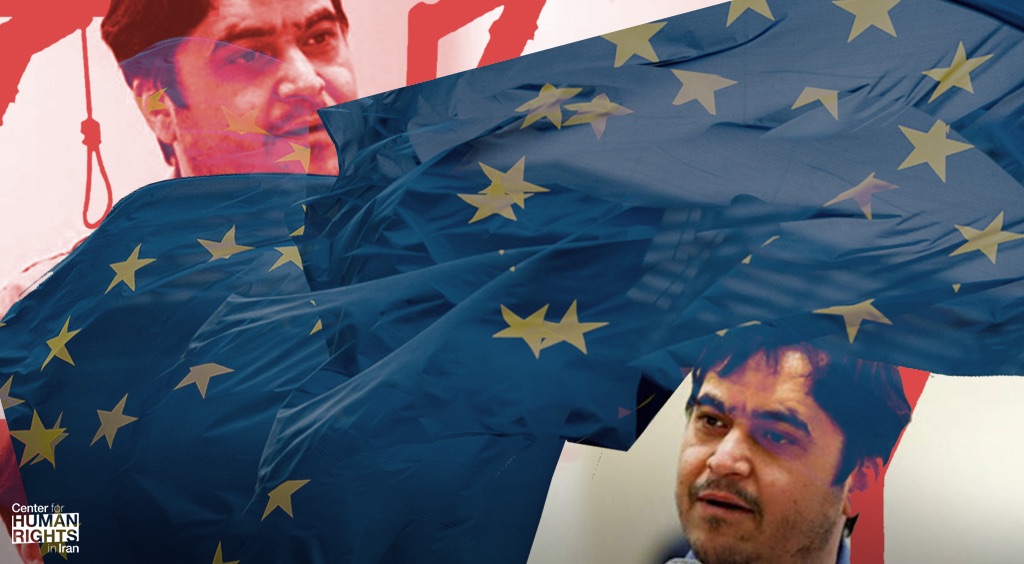 December 14, 2020—Major European countries have pulled out of a planned Europe-Iran Business Forum that was scheduled to begin today, December 14, in protest over Iran’s execution on December 12, 2020, of the dissident journalist Rouhollah Zam.

The ambassadors of France, Germany, Austria and Italy all canceled their participation in the online forum, which was due to feature keynote speeches by Josep Borrell, High Representative of the European Union, and Iran’s foreign minister Mohammad Javad Zarif.

Zam, 47, who administered a news site critical of the Islamic Republic’s policies, was convicted in June 2020 of “corruption on earth” and hanged after Iran’s supreme court upheld his death sentence.

“Europe’s refusal to participate in a business forum with Iran sends a clear and welcome message: the world will not turn a blind eye to the profound human rights violations taking place in the Islamic Republic,” said Hadi Ghaemi, executive director of the Center for Human Rights in Iran (CHRI).

In a statement on December 12, 2020, France, Germany, Italy and the EU said: “The European Union condemns this act in the strongest terms …,” and added that it is “imperative for the Iranian authorities to uphold the due process rights of accused individuals and to cease the practice of using televised confessions to establish and promote their guilt.”

France’s foreign ministry tweeted on December 13, 2020, that it would not take part in the event, due to “the barbaric and unacceptable execution of journalist #Rohollah_Zam” referencing the hashtag #nobusinessasusual.

The German foreign affairs ministry also tweeted it would not participate in the panel event.

The event had been meant to “pave the way for expanded trade and investment relations, particularly in light of the positive outcome of the US elections,” according to the event website.

Over the past year, as part of an intensifying suppression of peaceful dissent in Iran, the Islamic Republic has notably increased the use of the death penalty in political cases, applying it against protestors and dissidents.

Rouhollah Zam was sentenced to death in connection with managing an online news channel on the Telegram messaging app, which is widely used in Iran.

As administrator of the popular Amad News channel, Zam was living in exile in Paris when he inexplicably traveled to Baghdad on October 14, 2019. From there he was then somehow brought into Iran by the Islamic Revolutionary Guard Corps (IRGC).

His trial began on February 10, 2020, in Branch 15 of the Revolutionary Court in Tehran, presided over by Judge Abolqasem Salavati, who has a long history of handing out heavy sentences against peaceful activists, journalists and human rights lawyers in unfair trials that deny due process. The six and last session of the trial was held on June 10, 2020.

According to the indictment, Zam committed “corruption on earth” during the period from 2016 to the time of his arrest, by allegedly committing a broad range of national security crimes against the Islamic Republic.

The authorities in Iran typically issue national security charges against dissidents, activists, human rights lawyers and other critics of the state, and convict them in prosecutions that flagrantly deny due process and fair trial rights.

The UN experts said in the statement: “It is clear that Ruhollah Zam was executed for expressing opinions and providing information on AmadNews that dissented from the official views of the Iranian Government.”

It continued: “There are serious and credible concerns that judicial proceedings against him breached fair trial rights, including the broadcast of an alleged forced confession when he was detained. His execution is an arbitrary deprivation of his right to life. We strongly condemn the Iranian Government’s actions.”

The UN added: “Iran must end its systematic use of the judicial process to impose arbitrary detention and death sentences against human rights defenders, journalists and other individuals who express dissent against the Government through the free exercise of their internationally-recognized human rights.”

In addition to the expanded use of the death penalty in political cases, other egregious violations of human rights are intensifying in Iran.

The British-Iranian anthropologist, social researcher and author Kameel Ahmady has been sentenced to eight years in prison by a Revolutionary Court in Tehran on the charge of “collaborating with a hostile state” according to a statement by a colleague of Ahmady’s that quoted Amir Raesian, Kameel Ahmady’s lawyer. Kameel’s research is on topics such as female genital mutilation, child marriage and so-called “white” (informal) marriages in Iran.

In addition, harsh prison sentences are being issued against dissidents and human rights defenders, new convictions under manufactured charges are being hastily issued to keep political prisoners nearing release behind bars, civil society organizations are being shuttered, and street protests have been violently crushed.