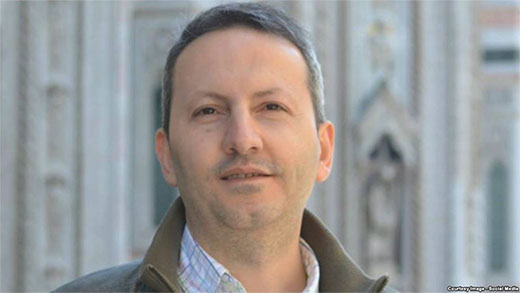 Amnesty International said the charges against Ahmadreza Djalali are unfounded and Sweden spoke to Iran about his case.

Nov 25, 2020-Al-Monitor – A leading human rights group and the Swedish government are demanding Iran halt the imminent execution of an Iranian-Swedish scientist.

Ahmadreza Djalali is now in solitary confinement in Iran’s notorious Evin Prison and has been told by prosecutors he will be put to death within a week, Amnesty International said in a statement on Tuesday.

“It is appalling that despite repeated calls from UN human rights experts to quash Ahmadreza Djalali’s death sentence and release him, the Iranian authorities have instead decided to push for this irreversible injustice,” said Diana Eltahawy, citing a document from the UN’s Human Rights Council.

Djalali was sentenced to death for “corruption on earth” in December 2017, according to Amnesty International. The organization said the charge is vague and his conviction was based on confessions obtained by torture.

Sweden’s Foreign Minister Ann Linde spoke to her Iranian counterpart, Mohammad Javad Zarif, about Djalali’s case and called on Iran to halt the execution, Linde said in a tweet Tuesday. She did not provide further details.

The Iranian government responded to Linde by saying Iran does not accept interference in judicial matters and that Sweden’s information on the case is “incorrect,” Reuters reported. Iran’s state-run Press TV reported that Linde and Zarif spoke about the Iran nuclear deal during their call Tuesday.

Iran frequently receives criticisms from Western governments over the detention of their citizens there. On Wednesday, Australian-British academic Kylie Moore-Gilbert was reportedly released from prison following protests from the Australian and British governments.