September 23, 2020 IranSOS Human Rights Comments Off on Sotoudeh Transferred from Hospital Back to Prison Despite Serious Heart Condition 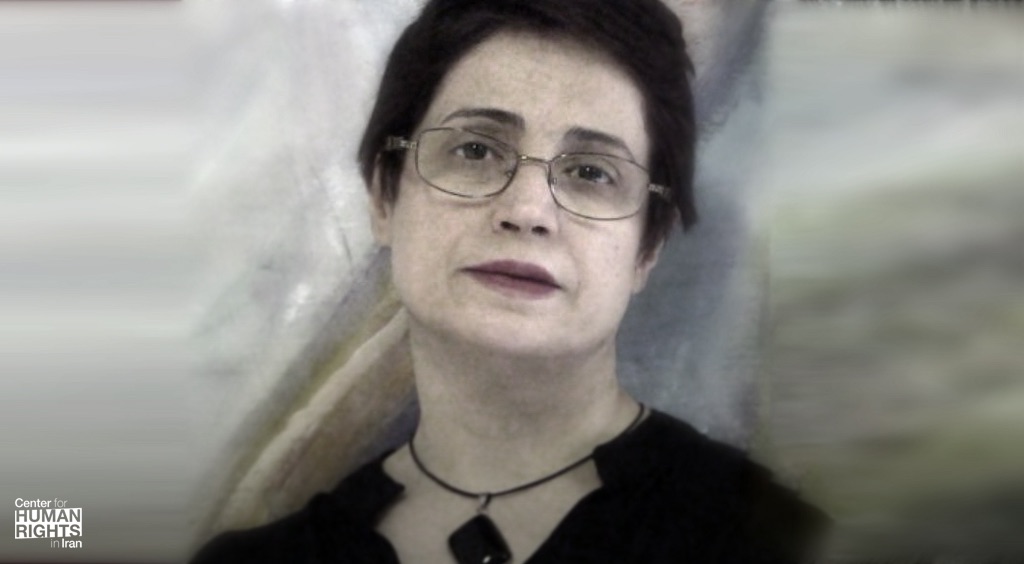 September 23, 2020—The prominent civil rights lawyer Nasrin Sotoudeh, who was hospitalized for a serious heart condition and has been on hunger strike for more than 40 days, was transferred back to Evin Prison today, the Center for Human Rights in Iran (CHRI) has learned.Her family remains in the dark about the details of her heart condition.

“We were prevented from meeting with her and discussing her situation with her while she was in the hospital,” her husband Reza Khandan told CHRI on September 23, 2020.

“I just found out she has been released and taken by security forces out of the hospital in a way that we could not see her during this process. I believe she is being taken back to Evin. She is extremely weak due to her continued hunger strike. I suspect they have taken her to the Evin medical clinic given her dire situation,” he said.

CHRI is extremely concerned about Sotoudeh’s health and safety and holds the Iranian authorities fully responsible for her wellbeing.

“Sotoudeh’s family has every right to know the details of her heart condition and must have access to her to be fully informed about her health and safety. The secrecy and lack of accountability by Iranian authorities is outrageous and unlawful,” CHRI’s Executive Director Hadi Ghaemi said.