Twelve Test Positive, Many Others with Symptoms, None Receiving Proper Treatment

August 11, 2020 IranSOS Human Rights Comments Off on Twelve Test Positive, Many Others with Symptoms, None Receiving Proper Treatment 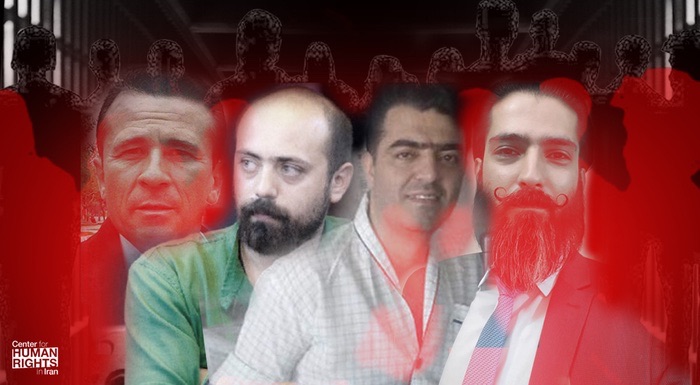 Prominent Labor Activists, Lawyer and Journalist Among Those Falling Ill

“By keeping political prisoners in overcrowded and unsanitary prisons where they are denied medical care and are not separated from ill prisoners, the Iranian authorities are condemning these individuals to COVID-19 and possible death,” said Hadi Ghaemi, CHRI executive director.

CHRI calls on the authorities in Iran to immediately release all prisoners testing positive for COVID-19, all those displaying any symptoms, and all those who have come into contact with any ill individuals, for immediate medical care.

CHRI further calls on the authorities to release all political prisoners and to ensure that care for all remaining prisoners conforms to pandemic-related guidelines, and urges the international community to demand that Iran complies with international COVID-19 guidelines and incarceration standards.

In addition to Abdi, Azimzadeh, Davoudi and Azarpey, Mona Abdi told CHRI that the Christian convert Mohammad Ali Mosibzadeh, the January 2018 protester Saeed Sharifi, and Mohsen Ghanbari had contracted the virus in Evin’s Ward 8, as well as Hamed Hamezehie, Farshad Kavousi, Reza Kianian-Mehr and Ali Divandari, who are serving sentences for financial corruption.

“Coronavirus complications started to appear among the prisoners in Ward 8 two weeks ago,” Monir Abdi said. “Mr. Abdi and four other infected prisoners are in the same room.”

She added: “The symptoms began two weeks ago, including loss of the sense of smell and taste, heartburn and severe coughing. Some had a fever, too. Mr. Amirsalar Davoudi had severe lung problems, and a CT scan showed his lungs are infected.

“On Tuesday [August 4, 2020], 17 prisoners underwent blood and nasal mucus tests and the results came on Sunday [August 10] and showed 12 prisoners were infected.”

The 12 were then taken to the prison clinic.

“Six of them are in one room and the other six in another room. But [only] Ali Divandari, the former director of Parsian Bank, has been transferred to the hospital,” she said.

“In the prison clinic, the infected prisoners have not been given any particular medications. Only their temperature is being monitored.

“Mr. Abdi has body aches and breathing difficulties. He has a pre-existing condition and uses an asthma spray. He has also been prescribed blood pressure medicine. He has become very weak and we are very worried about his food intake.

“We want him to be granted furlough or be taken to the hospital. We prefer furlough because the hospitals are full. It’s a dangerous situation. Let him come home; we will keep him in quarantine and take care of him.”

Many Showing Symptoms, Only 17 Tested, Ill Prisoners Not Separated from Others

In a statement published on August 9, 2020, the Free Workers Union of Iran (FWUI) also stated that the coronavirus had infected its chairman Jafar Azimzadeh and a number of other prisoners in Evin Prison’s Ward 8. It stated:

“Last Tuesday [August 4, 2020], after symptoms of the disease appeared in some of the inmates of Ward 8 in Evin Prison, the health authorities tested 17 prisoners for the coronavirus. Today, Sunday, August 10, it was determined that 12 of these 17 people tested positive.

“Given that more than 17 prisoners had symptoms of disease, and the test was performed only on them, the probability of a higher number of prisoners having contracted the disease in Ward 8 is very high. It is possible that all prisoners have contracted the coronavirus because they are in a closed, intertwined, over-populated environment.

“…The judiciary and government officials have often claimed that sanitation and hygiene have been maintained in prisons and they refused to report any cases of the disease among prisoners. But now it has become clear that the authorities do not give the slightest importance to the prisoners’ lives and health, and by keeping them in prison they are in fact condemning them to the slaughterhouse.

“…If, from the beginning, prisoners had been either released or granted furlough, we would not be witnessing the disease widely spreading among the prisoners now. …They must release all prisoners in order to save their lives.”

UN Has Strongly Criticized Iran’s Treatment of Prisoners During Pandemic

Iran emerged early on as one of the epicenters of the global pandemic; the government’s response has been characterized by denial, misinformation and the suppression of information, and inefficient safety measures, especially in the country’s prisons. Iran’s political prisoners were largely left out of Iran’s March 2020 mass release of prisoners, which was aimed at stemming the mounting deaths from COVID-19 in the country.

UN experts have strongly criticized the authorities in Iran for inadequately addressing the health concerns of prisoners in Iran’s overcrowded, unhygienic prisons during the COVID-19 pandemic, calling on the judiciary to expand its release to include prisoners of conscience and dual and foreign nationals and to release all arbitrarily detained individuals “before it is too late.”