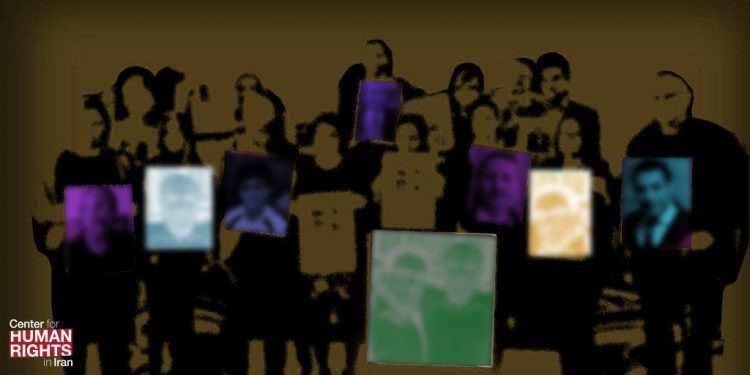 GENEVA (17 April 2020) – UN human rights experts* today called on Iran to expand its temporary release of thousands of detainees to include prisoners of conscience and dual and foreign nationals still being held despite serious risk of COVID-19 infection. The country has been hit hard by COVID-19, with Health Ministry officials reporting one person dies every 10 minutes from the virus.

“We recognise the emergency situation in the Islamic Republic of Iran and the problems it faces in fighting the pandemic, including reported challenges in accessing medical supplies due to sanctions,” the UN experts said. “We echo High Commissioner Bachelet’s call for the easing of sanctions to enable medical systems to fight COVID-19 and limit global contagion.”

The experts commended the reported temporary release of 100,000 prisoners since a 26 February 2020 order by the head of judiciary, which included prisoners of conscience and dual and foreign nationals. However, most prisoners of conscience, human rights defenders, conservationists and dual and foreign nationals remain imprisoned. “Some are at great risk from COVID-19 due to their age or underlying health conditions. We call on the authorities to immediately release them.”

The experts highlighted the cases of human rights lawyer Nasrin Sotoudeh and defenders Narges Mohammadi and Arash Sadeghi, as well as dual nationals Ahmadreza Djalali (Iranian-Swedish national), Morad Tahbaz (Iranian-British-American national), Kamran Ghaderi and Massud Mossaheb (Iranian-Austrian nationals). All seven have requested temporary release but have been rejected or not received a response.

“Mr. Tahbaz and Mr. Mossaheb are over 60 years old and could experience serious health consequences from COVID-19 due to their age, including loss of life,” the experts said. “These individuals also have existing life-threatening health issues, as do Ms. Mohammadi, Mr. Sadeghi, Mr. Ghaderi and Mr. Djalali, heightening the serious risk to their health if infected. The immediate release by the Iranian judiciary of these individuals and other prisoners of conscience could save their lives.”

Mr. Tahbaz and Mr. Mossaheb have reportedly shared cells with people suffering common COVID-19 symptoms, such as fever and coughing. Hygiene products are either non-existent or restricted, and physical distancing measures are not enforced. Ms. Mohammadi and Mr. Djalali have reportedly been held in small cells with 12 and 16 people respectively. Ms. Sotoudeh has been on a hunger strike since 16 March 2020 in protest over the non-release of prisoners of conscience.

“Iran’s prisons have long-standing hygiene, overcrowding and healthcare problems. We urge the Iranian authorities to implement measures consistent with their obligations under the International Covenant on Civil and Political Rights, including the right of persons deprived of their liberty to be treated with humanity and with respect for their inherent dignity, and the right to life.”

The experts also called on the government to permanently release those arbitrarily detained. The Working Group on Arbitrary Detention has found that the detention of Ms. Mohammadi, Mr. Djalali and Mr. Sadeghi is arbitrary.

“We call on the Iranian authorities to expedite the independent and impartial review of all cases of suspected arbitrary detention and to immediately and permanently release all individuals found to be arbitrarily deprived of their liberty,” the experts said.

Click here to learn more about the right to health in Iran and the country’s COVID-19 outbreak, as well as the World Health Organization’s Interim Guidance for how to protect prisoners from the virus.