Iran Moves to Silence Journalists, Activists Ahead of Parliamentary Elections 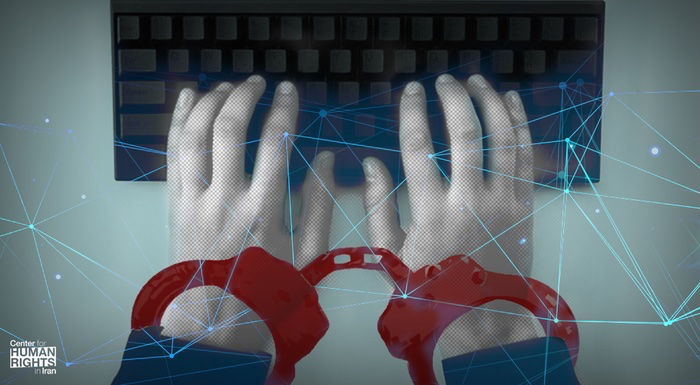 “Muzzling journalists, detaining activists, and disqualifying parliamentary candidates will not silence dissent in Iran, as the recent protests have shown,” said the executive director of the Center for Human Rights in Iran (CHRI) Hadi Ghaemi.

“Engaging in independent journalism and peaceful activism should not be a life-endangering act,” he added.

According to first-hand testimonies provided to CHRI, the recent crackdown is aimed at journalists and activists who maintain active social media accounts.

Those targeted include human rights defender and former prisoner of conscience Bahareh Hedayat, who was detained on February 10 after appearing at the University of Tehran’s “security” office in response to a summons.

At least 10 journalists have also been targeted by the IRGC’s Intelligence Organization in the past two weeks including Yasaman Khaleghian, a freelance social affairs reporter; Maziar Khosravi, a former political reporter and editor at the reformist Shargh newspaper; Moloud Hajizadeh, a women’s affairs reporter at Taadol Newspaper; Yaghma Fashkhami, a former reporter at the Didban Iran news website; Ehsan Bodaghi, a parliamentary reporter for the state-funded Iran newspaper and his journalist wife Shabnam Nezami (affiliation unknown), as well as reporter Mona Mafi (affiliation unknown).

“The IRGC is issuing summons and getting search warrants to raid the homes of journalists,” said a reporter in Tehran who requested anonymity for security purposes.

Following is an excerpt of the reporter’s detailed account of recent events:

They come and confiscate things like computers, phones, books, writings, and press ID cards belonging to journalists and their relatives and don’t return them until they appear for questioning to explain [their posts on social media]. This stops the journalists from carrying out their work and allows agents to find material to press charges against them.

Only a few journalists have publicly spoken about the raids on their homes by IRGC agents. Those in cities other than Tehran have been especially careful not to talk about them due to pressure from state agents. Other journalists have been forced to reduce their social media presence to zero.

There’s a serious contradiction in the Islamic Republic’s latest action. On the one hand, all Iranian officials from the supreme leader to government ministers and members of Parliament express their views on Twitter, even though it has been banned and blocked.

On the other hand, journalists [who are critical of state policies] are coming under pressure for using the same network and other social media outlets. Their accounts are being monitored and anything that displeases officials is being considered criminal activity and used to press charges.

In some cases, agents have contacted newspaper editors to pressure their reporters to stop using social media to criticize the Islamic Republic regarding everything from deaths and detentions during the November 2019 protests to the Ukrainian plane shot down by the IRGC and the upcoming parliamentary elections…

They want us to stop writing and criticizing anything on social media, especially Twitter—anything that contradicts the official narrative. We can write about these things in the newspaper but only within a heavily censored framework. But now the latest pressure from the security establishment is extending censorship to our posts on social media.

They don’t want to put us in prison but are essentially turning our homes, newspapers, and lives into prisons.

Another journalist who was summoned last week told CHRI that they had been warned that criticizing state officials could get them imprisoned: “They told us that during this election period any activity on social media that opposes the supreme leader’s views would be considered playing games in the enemy’s court against the country’s national security.”

Dozens of activists, dissidents and other citizens accused of publicly criticizing state policies or officials have been sentenced to lengthy prison terms in Iran under national security charges in the past few years.

On February 3, freelance labor affairs reporter Khosrow Sadeghi Boroujeni tweeted that he had been sentenced to eight years in prison for “assembly and collusion against national security,” “propaganda against the state” and “insulting Imam Khomeini,” the founder of the Islamic Republic.

Amir Babaei, the former editor of the Gharb weekly magazine in western Iran was fined 100 million tomans ($21,664) for allegedly “offending” the deputy governor of Kermanshah Province, the Association of Iranian Journalists in Tehran Province reported on February 5.

In addition, Shargh newspaper reporter Marzieh Amiri is expected to report to prison to serve a five-year term for “assembly and collusion against national security,” “propaganda against the state” and “disturbing public order,” her lawyer Amir Raeisian told reporters in Tehran on January 28.

Voter turnout on February 21 is expected to be impacted by calls to boycott the elections by activists and other members of civil society in the wake of deadly state crackdowns on recent widespread protests in the country.

Tweet
Follow me
Comments Off on Iran Moves to Silence Journalists, Activists Ahead of Parliamentary Elections Posted in Human Rights