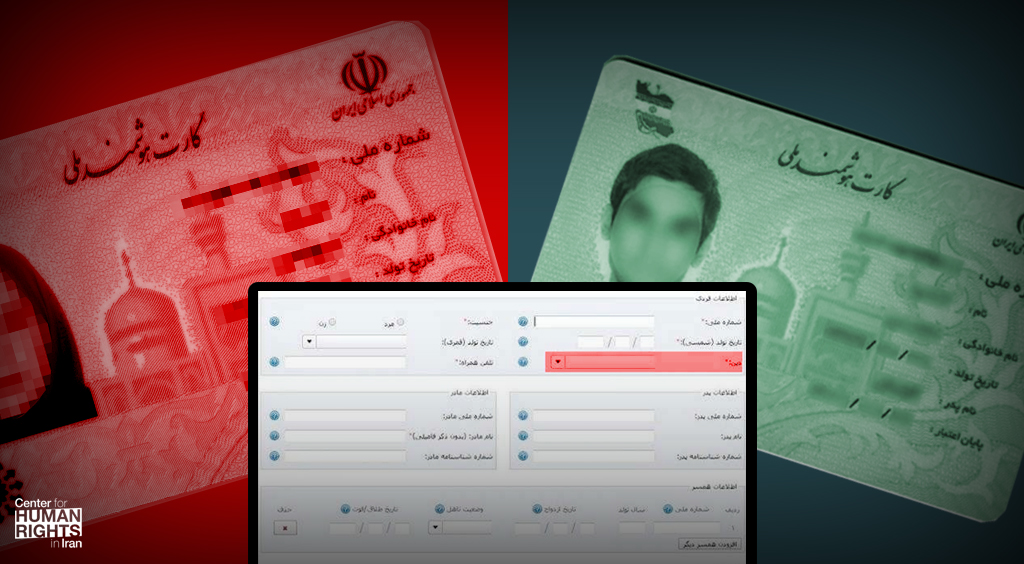 This means anyone applying for the card who is not of the official Muslim faith or one of three religious minorities recognized in the Iranian Constitution (Christianity, Judaism or Zoroastrianism) will have to either lie and check the required box on the application for one of those religions—or not receive the card.

“With this new rule, the Iranian government is effectively stripping many religious minorities in the country of their basic rights and access to the most fundamental services as citizens,” said Hadi Ghaemi, executive director of the Center for Human Rights in Iran (CHRI).

“It is severe and undisguised discrimination and a flagrant violation of Iranian and international law that should be widely condemned by the international community,” Ghaemi added.

The card is used for all government services, banking activities and the vast majority of other transactions in Iran. It will blatantly discriminate against Baha’is as well as members of the Mandaean, Yarsani and other unrecognized minority faiths in the country.

Previously, the application for Iran’s National Identify Card, which requires citizens to register their religion, allowed applicants to check a box that was designated “Other” for religion.

However, in January 2019, Javad Abtahi, a conservative MP representing the city of Khomeinishahr in Isfahan Province, wrote to Interior Minister Abdolreza Rahmani Fazli, demanding the “Other” option be removed from the National Identity Card application. By offering the “Other” option, the Interior Ministry had “legitimized” religious beliefs not recognized by the Constitution, such as the Baha’i faith, Abtahi said. (See here for a copy of Abtahi’s letter.)

On January 22, 2020, the prominent civil rights activist Bahareh Hedayat, who was imprisoned for her peaceful rights activism and only released after the UN ruled her imprisonment “arbitrary” and demanded her release, tweeted a reply from the National Organization For Civil Registration to a Baha’i citizen’s complaint about the omission of the “Other” option: “Dear citizen, we wish you health. The law neither recognizes your religion nor offers a solution [for this issue]. You may submit your application under existing options.”

Member of Parliament Abtahi’s reference to the Baha’is in his remarks about the National Identity Card are consistent with long-standing state preoccupation with the Baha’i community. While all religious minorities, both recognized and unrecognized, experience discrimination in Shia Muslim-dominated Iran, the Baha’i faith has been particularly singled out for persecution by the Islamic Republic.

Former head of Iran’s High Council for Human Rights, Mohammad Javad Larijani, responded to questions on Iran’s persecution of the Bahá’í community raised by numerous states during the 2014 UN Universal Periodic Review by claiming “Bahá’ís …enjoy all the privileges of any citizen in Iran.” Yet Baha’i leaders are imprisoned, and those who openly follow the faith are routinely denied university education and employment, while members of the community have seen their businesses shut down and land confiscated by the state.

Meanwhile, President Hassan Rouhani, whose signature Citizens Rights Charter explicitly refers to the “principles of non-discrimination and equality of all individuals and groups before the law, irrespective of gender, ethnicity, religion and socio-political affiliations” has remained silent on this new violation, and it is his Interior Ministry that issues the National Identity Cards.

The new rule is in direct violation of multiple articles of the Iranian Constitution and violates international covenants to which Iran is a signatory.

Article 19 of the Iranian Constitution stipulates that “All people of Iran, whatever the ethnic group or tribe to which they belong, enjoy equal rights; and color, race, language, and the like, do not bestow any privilege.” Article 20 states that “All citizens of the country, both men and women, equally enjoy the protection of the law and enjoy all human, political, economic, social, and cultural rights, while Article 23 stipulates that “the investigation of individuals’ beliefs is forbidden, and no one may be molested or taken to task simply for holding a certain belief.”

“No one shall be subject to coercion which would impair his freedom to have or to adopt a religion or belief of his choice.”

The new rule affects all new applicants, as cards already issued that have not expired will still be accepted, and anyone who has lost their card and needs a replacement.