Mohammad Hassan Rezaiee, who was arrested at the age of 16, has spent more than a decade on death row. 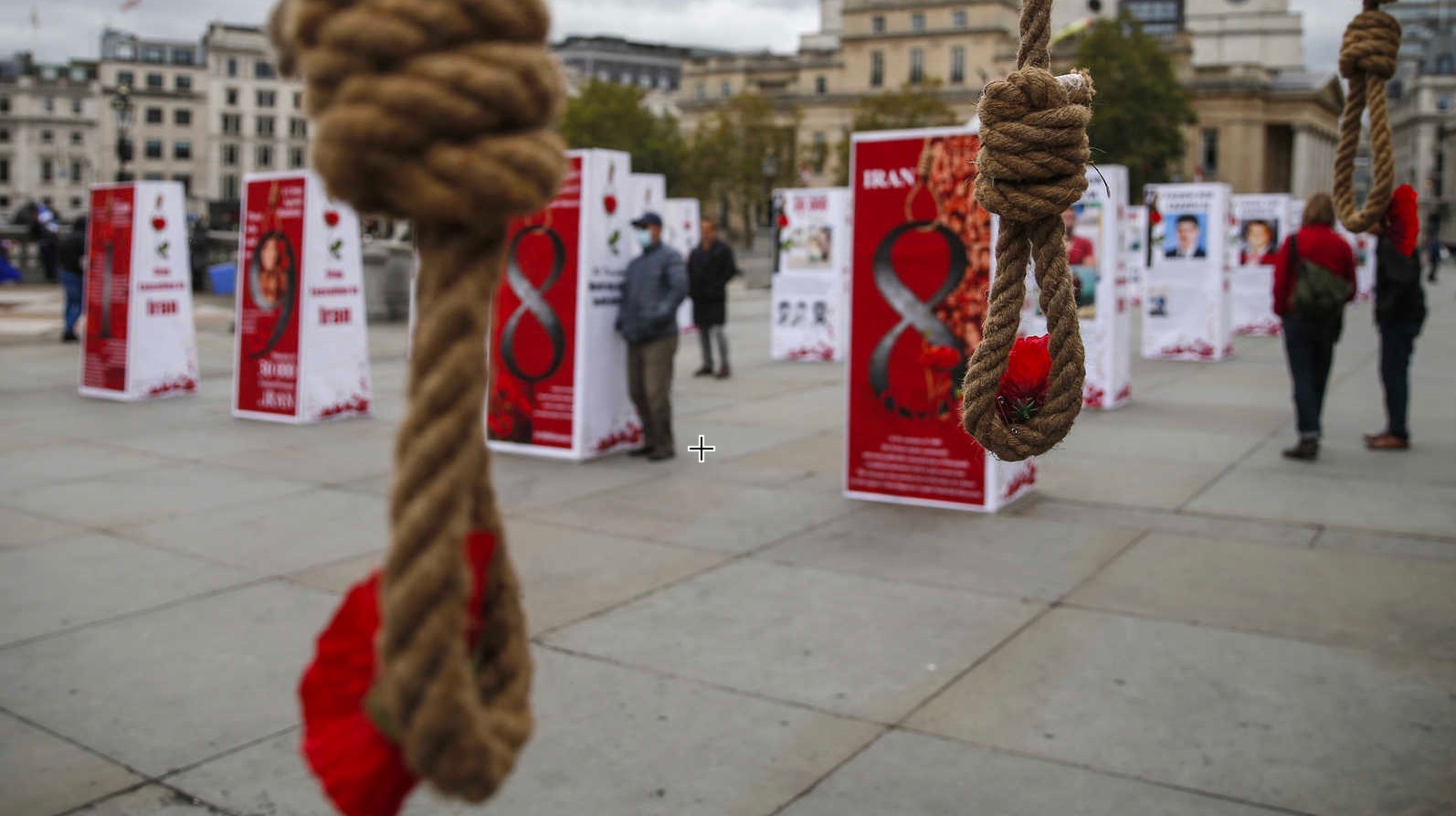 An exhibition calls for an end to executions in Iran on Trafalgar Square on Oct. 10, 2020, in London, England. Photo by Hollie Adams/Getty Images.

Dec 18, 2020 – Al-Monitor – Amnesty International is urging the Iranian government to call off plans to execute a man for a crime that took place when he was a teenager and whose trial the rights group said was grossly unfair.