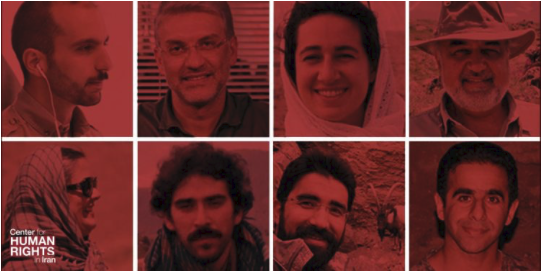 November 20, 2019 – Six of the eight wildlife conservationists who have been detained in Iran since their arrest in January 2018 have been sentenced to prison terms ranging from six to ten years for espionage, a lawyer with knowledge of the cases told the Center for Human Rights in Iran (CHRI). CHRI has confirmed these sentences with several people with direct knowledge of the court announcements.