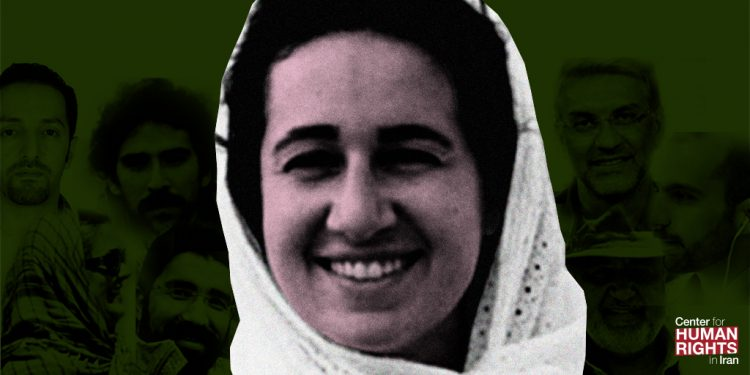 END_OF_DOCUMENT_TOKEN_TO_BE_REPLACED

Iran Must Stop Imprisoning Lawyers for Defending Their Clients

October 30, 2018 IranSOS Human Rights Comments Off on Iran Must Stop Imprisoning Lawyers for Defending Their Clients

Mohammad Najafi is the Seventh Attorney to Be Sent to Prison in Last Six Months, Six Remain Behind Bars

October 30, 2018—Iran’s sentencing of attorney Mohammad Najafi to three years in prison and 74 lashes for “disturbing the state” and “publishing falsehoods” after he advocated for a young client who died under suspicious circumstances in an Iranian detention center is a flagrant violation of the right to counsel and a continuation of the unlawful assault on the legal profession in Iran that has left a half dozen attorneys behind bars for doing their job.

END_OF_DOCUMENT_TOKEN_TO_BE_REPLACED END_OF_DOCUMENT_TOKEN_TO_BE_REPLACED

Iran: End Persecution of Families Seeking Truth and Justice For Detainees Who Died in Detention

March 14, 2018 IranSOS Human Rights Comments Off on Iran: End Persecution of Families Seeking Truth and Justice For Detainees Who Died in Detention The Iranian authorities should end their cruel campaign of harassment and intimidation against the families of detainees who have died in detention under suspicious circumstances, Amnesty International, the Centre for Human Rights in Iran, Human Rights Watch and Justice for Iran said today. The human rights organizations expressed concerns that the bereaved families are facing reprisals for seeking truth and justice and renewed their calls on the authorities to establish an independent commission of inquiry and invite the UN Special Rapporteurs on torture and other cruel, inhuman or degrading treatment or punishment and on extrajudicial, summary or arbitrary executions to visit. The authorities should ensure that if there is sufficient evidence of unlawful deaths in detention, the perpetrators responsible will be prosecuted and punished.

END_OF_DOCUMENT_TOKEN_TO_BE_REPLACED